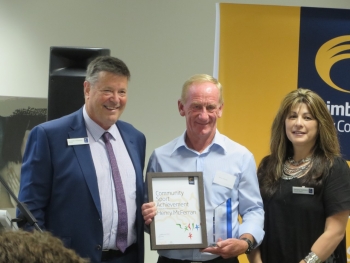 As pre-season nears, we take a quick look about what's been happening in our umpiring circles.

Considering his 30+ years of service to the association, we say it's long overdue! Congratulations Henry and may we be lucky enough to have you around for several more years to come.

Ex-WRFL and current VFL Development Squad umpires Lewis Spiker and Brendan Moloney have been selected to officiate in the first season of the AFL Women's Competition. Spiker (boundary) and Moloney (goal) joined the VFL in 2015 and 2016 respectively, and have clearly been making a good impression to be entrusted to make the tough calls in front of millions of viewers.

The extension of the Seddon clubrooms is well underway. The WRFLUA executive took a tour on 1 February and were satisfied with how it was all coming together.

A reminder that pre-season training commences tonight (13 February) at our new home at Hanmer Reserve, Seddon. Training begins at 5.45pm. A group coaching session & free BBQ will be held on Wednesday 15 February at 7pm. 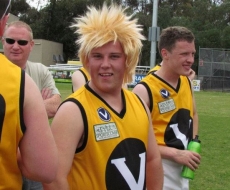