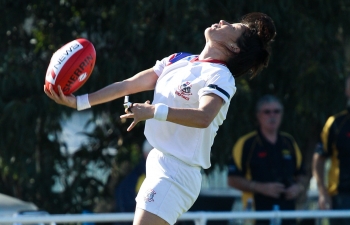 After a successful playing career in the VWFL with the St.Albans Football Club, Shannessy joined the WRFL umpiring ranks in 2013 where she has been running the lines ever since.

Under the guidance and tuition of the WRFL umpire coaching staff over the past two seasons, Shannessy earned a place in the VFL Development League this year, where her consistent performances in the TAC Cup and development league has led to her selection.

WRFL Director of Umpiring, Mark Westgarth, said that the appointment is not only a great step for Shannessy, but for the league’s umpiring division.

“This is a fantastic achievement for Shannessy and a great reward for the amount of hard work and effort she has put into her umpiring over the past few seasons.

“We are very lucky to have a team of talented umpiring coaches who work extremely hard to ensure all our umpires are officiating at their highest level, so Shannessy’s appointment is also really pleasing for the coaches involved too.”

Shannessy will join a growing list of female umpires to adjudicate in the VFL this season, officiating with fellow female goal umpire Kate Griffths in the match between Collingwood and Sandringham at Victoria Park this Saturday.

With a huge increase in female participants joining the WRFL’s umpiring ranks this season, Westgarth hopes that Shannessy’s selection will inspire more females to pull on the whites.

“We have a large number of females running the boundary this year, so it’s great to see one of our own get the opportunity to umpire at a higher level, which will hopefully encourage others to do the same in the future.”

Watch Shannessy in action this Saturday July 4, from 2pm at Victoria Park for the VFL’s match between Collingwood v Sandringham.